Dutch Say Time of 'Ever Closer' Union in Europe is Over 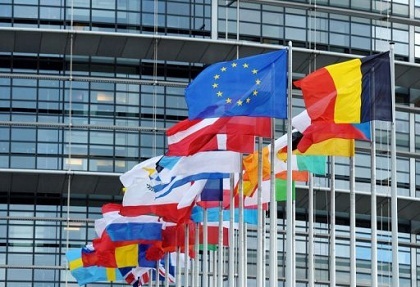 The time of "an ever closer union" in Europe is over, the Dutch government said in a letter to parliament that also laid out a raft of policy areas that should be left to member states rather than Brussels.

The call in a letter published on Friday came after Conservative British Prime Minister David Cameron called for powers to be wrested back from the European Union and for Britain's reshaped membership to be put to an in-out referendum.

"The Netherlands is convinced that the time of an 'ever closer union' in every possible policy area is behind us," Foreign Minister Frans Timmermans wrote in the letter.

The pro-EU government led by Liberal Prime Minister Mark Rutte elected in September said that "this is an issue which strikes a chord with many people across Europe."

The Liberal-Labor coalition government will now seek to garner support for its list of policy areas that should be controlled by national governments with the European Commission, the European Parliament and member states.

EU cooperation will still be needed in various other areas, including the financial and economic crisis, energy, climate change, asylum and immigration, the letter said.

The letter came as the result of a review agreed to after the coalition government was formed last year and is aimed at "creating a European Union that is a more modest, more sober and at the same time more effective."

"The government emphasizes that it is not aiming at a treaty change," the letter said, contrasting with the position of Britain's Cameron.

Cameron sent shockwaves through the EU in January when he set out plans to wrest back powers from Brussels and to then put Britain's reshaped membership to an in-out referendum by the end of 2017.

Cameron has said he expects the 27-nation grouping to have to submit to treaty changes, while EU president Herman van Rompuy has said there is no appetite among EU leaders for major treaty change.

So the Dutch have finally woken up to what we British have been saying for well over the past 5 years. I suppose, better late than never.