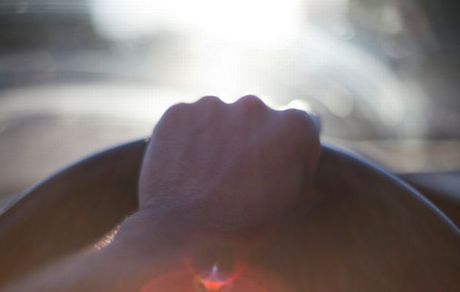 Dutch police on Saturday briefly detained two brothers aged five and seven who crashed a car after a mile-long joyride.

"A police patrol this morning saw a car with the doors open and two young boys stood next to it," in Bloemendael, west of Amsterdam, police spokeswoman Lenny Beijerbergen told Agence France Presse.

"The seven-year-old boy told police that he had driven the car around one-and-a-half kilometers (one mile), hit a metal post on the pavement and come to a standstill," Beijerbergen said.

A policeman tweeted a photo of the crash scene, saying that the car belonged to the boys' grandmother.

The photo, which was quickly removed from Twitter, showed the boys, the car and the uprooted post in a residential street strewn with debris from the car.

"At least I had my seat belt on! And my brother was in the child's seat," the seven-year-old driver said when police turned up, national news agency ANP reported.

"The boys were taken to the police station, given a talking to and made aware of what they've done," Beijerbergen said.

"Then they were taken home. Thankfully they were both unhurt."

She said there was considerable damage to the car and the pavement.

"This is really quite remarkable, I've never seen anything like it, seven is very young," Beijerbergen said.