U.S. is 'Biggest Villain' for IT Spying, Says Xinhua 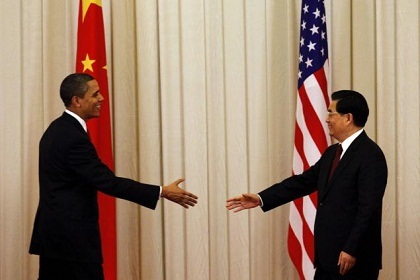 The United States is the world's "biggest villain" for IT espionage, China's official media said Sunday after new allegations of anti-Beijing snooping emerged.

"These, along with previous allegations, are clearly troubling signs," the Xinhua news agency said in a commentary following the new claims by former U.S. spy Edward Snowden made to Hong Kong's Sunday Morning Post.

"They demonstrate that the United States, which has long been trying to play innocent as a victim of cyber attacks, has turned out to be the biggest villain in our age," it said.

Xinhua noted that the United States was now trying formally to extradite Snowden from Hong Kong, where he has gone to ground.

"But for other countries, Washington should come clean about its record first. It owes too an explanation to China and other countries it has allegedly spied on. It has to share with the world the range, extent and intent of its clandestine hacking programs," it said.

Snowden said U.S. spies have also hacked the prestigious Tsinghua University in Beijing -- home to one of six "network backbones" that route all of mainland China's Internet traffic -- and the Hong Kong headquarters of Pacnet, which operates one of the Asia-Pacific region's largest fiber-optic networks.

The United States and China are both victims of hacking and have to work together on the issue, Xinhua said.

But it stressed: "The ball is now in Washington's court. The U.S. government had better move to allay the concerns of other countries."