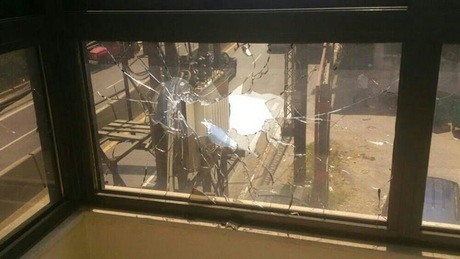 Investigations are ongoing over the discovery of two 122mm Grad rockets in the Kesrouan region of Ballouneh on Friday, reported the daily An Nahar Sunday.

Informed sources told the Central News Agency that initial investigations determined that the only forces that possess such rockets in Lebanon are Hizbullah and the Popular Front for the Liberation of Palestine-General Command.

Should neither of these two parties be responsible for the rockets, then they could be attributed to small terrorist cells, they added.

An Nahar said that the investigations are currently focusing on how the rockets and their launch pads were placed in the region and what their target was.

Sources told the daily that the incident was aimed at intimidation and creating confusion in Lebanon.

“The location where the launch pad was stationed makes it hard to determine the rockets' target,” they added.

The Central News Agency noted that the rockets located in Ballouneh differ from the ones that were fired at Beirut's southern suburbs in May.

It explained that the two rockets that targeted the suburbs were fired in a traditional manner whereas the rockets found at Ballouneh were set to be remotely fired.

A rocket was fired from the region, but the other one failed to take off due to a technical malfunction, it added.

A strong blast was heard in the early hours of the morning on Friday in the Kesrouan district.

The blast that reverberated across several districts at around 12:43 am could have been caused by a rocket launch.

Later on Friday, launch pads with one of them a 122mm Grad rocket installed on it were discovered in the town of Ballouneh in Kesrouan.

In May, two rockets slammed into the Hizbullah stronghold of Beirut's southern suburbs, wounding four.

these are the traitors that our army should be after, and not protect them....

these are the traitors that our army should be after, and not protect them....

Forensics is a wonderful thing.

To the naive reader please note, the Western and Pro-Western Allied Arab intelligence community can arrange grad rockets or anything for that manner, in a matter of no time. CIA, Mossad, MI5, the Saudi & Qatari Intelligence services are very capable of planning such activities just like the British tried to plan a chemical attack in Syria making it out as if the Syrians actually performed the terrorist attack.

Both parties just happen to be bashars allies. Hezb is their close ally for whom they go to war to protect and the gc is baath extension milita that answers directly to bashar.

That reminds us that in 1975 the attackers of the Christians in Haret Hreik were the Saika and Fplp of Agmad Jibril. The conspiracy of the Syrian regime and now that I Iran is ongoing condemning the future of our country, and our youth.

Well, the grad rockets are russian made... then its owner in lebanon can only be hezbollah of Kerbollah

what a bird brain you are Benzona
anyone with money can buy any military hardware in the black market
can it be LF,FPM, Mustaqball, kataab, ishtreakis