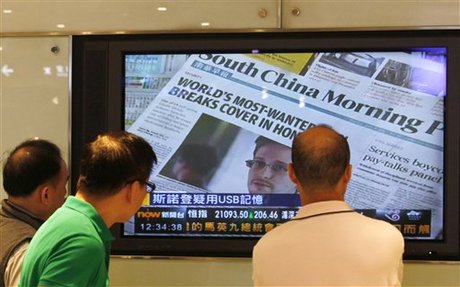 "If there were a request, of course we would be willing to debate and consider the idea," Morales told Russia's state-run RT television in comments translated by the channel from Spanish.

Bolivia is one of 21 nations to which the anti-secrecy WikiLeaks website said Snowden had applied for asylum.

Morales said Bolivia was ready to assist Snowden but provided no further details.

"Why not? He's left much to be discussed," RT quoted the leftist leader on a visit to Moscow as saying.

"Bolivia is there to shield the denounced, whether it is espionage or control. In either case, we are here to assist."