Mali Elections Going ahead on July 28 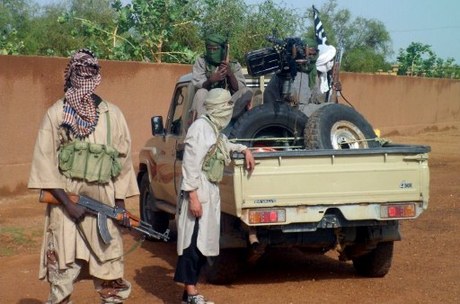 Mali's elections will go ahead as planned on July 28, the government said on Tuesday, amid doubts over the conflict-scarred nation's ability to organize a free and fair nationwide vote in just four weeks.

The caretaker government announced presidential elections just over a month ago, raising urgent questions over the possibility of inclusive polls in a nation recovering from a coup that paved the way for Islamist rebels to seize control of the north.

"The presidential election will be held on July 28. The Malian government has never set two dates. The Ministry of Territorial Administration has never had any doubts," said Moussa Sinko Coulibaly, who holds the portfolio, after a meeting with diplomats and Mali's financial backers in the capital Bamako.

Mali's election commission, which is organizing the vote alongside the government, has said however that the distribution of polling cards was seriously behind schedule and that it would be "extremely difficult" to get nearly eight million cards out in a country where 500,000 people have been displaced by conflict.

It has also highlighted ongoing instability in the northeastern desert town of Kidal, which is occupied by Tuareg separatists and still has no army presence despite a ceasefire between the transitional government and the rebels signed on June 18 in Burkina Faso.

The decision to hold the first round on July 28, possibly followed by a second round on August 11, was taken by the Malian government under pressure from the international community, and especially former colonial power France.

But the occupation of Kidal by Tuareg separatists has been a major obstacle to organizing the election, seen as crucial to Mali's recovery from the conflict of the past 16 months.

Malian military officers staged a coup in March last year, but the weak army was overpowered by the National Movement for the Liberation of Azawad (MNLA), a Tuareg front which seized key northern cities before being sidelined by its al-Qaida-linked allies.

The MNLA sided with a French-led military intervention, which reclaimed most of the lost territory from the Islamists. But the Tuaregs have been reluctant to allow government troops into Kidal for the vote.

An accord signed in Burkina Faso's capital Ouagadougou envisages a cessation of hostilities between the Malian army and the MNLA during the election period, with peace talks planned for after the vote.

Analysts have raised a number of problems with securing a long-term ceasefire, such as difficulties monitoring any disarmament and differentiating Tuareg militants from the diverse range of other insurgents holed out in Mali's north.

Coulibaly said his department bore sole responsibility for seeing the vote through, adding: "If we were to postpone the elections a month or two, it would not improve things, it would have the opposite effect."

He said the distribution of voter cards had begun, and there was a "craze" among Malians for the elections.