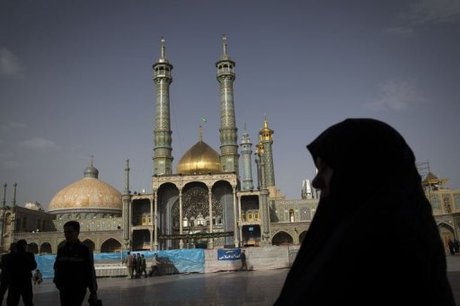 Georgia on Tuesday said it had revoked visa-free entry for Iranians amid concerns that Tehran might be using its booming business ties with the small ex-Soviet state to skirt international sanctions.

"As of July 1, Iranian citizens have to obtain a visa to enter the Georgian territory," he said, declining to provide further information on the decision.

Georgia and Iran agreed visa-free travel for short visits in 2010, in a move that saw the number of Iranians flocking to Georgia grow fourfold and trade flourish.

Analysts said at the time that staunch U.S.-ally President Mikheil Saakashvili was stepping up relations with the Islamist state to counter-balance arch-foe Russia -- with which Georgia fought a brief war in 2008 -- as American interest toward the Caucasus nation cooled under President Barack Obama.

Saakashvili's party lost out at parliamentary elections in October to a coalition headed by now-Prime Minister Bidzina Ivanishvili, rendering the president a lameduck until he is forced to step down later this year at the end of his second term.

Ivanishvili has made improving relations with Russia his foreign policy priority but has also pledged to maintain Saakashvili's pro-Western trajectory.

In recent months two delegations from the U.S. Treasury have visited Georgia to discuss escalating fears that Iran may be using its growing business links with Georgia to circumnavigate sanctions, the Wall Street Journal reported last month, citing U.S. and Georgian officials.

Georgia's Justice Minister Tea Tsulukiani responded that the country has "strict control" over Iranian businesses operating in the country but would investigate the claims.

For years, the U.S. and the international community have imposed an arsenal of sanctions against Iran, accusing it of using its civilian nuclear energy program as a cover for attempts to build atomic weapons -- charges Tehran denies.