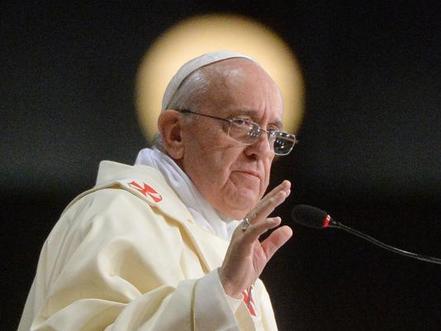 Pope Francis voiced concern on Wednesday over the fate of an Italian Jesuit priest missing in Syria.

"I am thinking of Father Paolo," the pope, a fellow Jesuit, said at a mass for members of the order.

There have been conflicting reports this week about the fate of Father Paolo Dall'Oglio, a priest known for opposing the Syrian regime, with some activists saying they feared he had been kidnapped by al-Qaida.

But a Roman Catholic charity working in the region, Aid to the Church in Need, said he had gone to meet members of al-Qaida to demand the release of someone being held by them and had likely not been abducted.

Father Jens Petzold, who leads Dall'Oglio's community Al-Khalil, said in a statement that there was "no evidence" that the priest had been kidnapped.

Italian Foreign Minister Emma Bonino said she was verifying kidnapping claims but there was "no news".

Long based in Syria, Dall'Oglio has been a fierce critic of President Bashar Assad's regime.

Known for his charisma and good relations with peaceful activists, he has lobbied several Arab and Western officials to support the democratic opposition for fear of the rise of radical Islamism.

those qaeda takfiri heretics do not discriminate, christian, shia, alawite, druze, kurds, moderate sunnis, atheists... we are all targets for them.
oddly enough, the only ones who were never attacked by them takfiris are the jews...

It is true that Bashar is a brutal dictator, but as some rebels have begun to say, the alternative is worse.