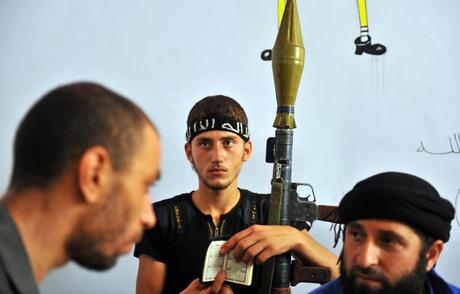 An Italian Jesuit priest who hoped to negotiate with jihadists in Syria has "apparently been kidnapped by an Islamist group" which is "a local version of al-Qaida,” the foreign ministry in Rome said Tuesday.

"You will all understand the difficulties. We have not given up, we are still hopeful" of recovering activist Paolo Dall'Oglio, Italy's Foreign Minister Emma Bonino told Unomattina television program.

On Friday, the Syrian Observatory for Human Rights said it feared Dall'Oglio had been taken prisoner by jihadists in Raqa, Syria's only provincial capital to have fallen out of regime control.

Dall'Oglio had reportedly gone to meet with commanders of the jihadist Islamic State of Iraq and the Levant (ISIS) to try to negotiate peace between Kurds and jihadists and to plead for the release of activists kidnapped by the group.

ISIS is behind the kidnapping of several activists in Raqa.

On Friday, the Britain-based Observatory said activists who demonstrated outside the jihadist group's headquarters were told by ISIS that Dall'Oglio was their "guest".

Long based in Syria, Dall'Oglio is a fierce critic of President Bashar Assad's regime and its crackdown against dissent.

On Monday, the Jesuits of the Middle East released a statement to Fides Agency expressing their "deep worry" about the fate of Jesuit priests in Syria.