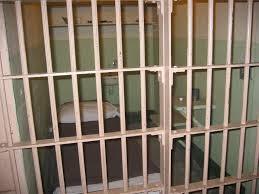 A Japanese prison housing a range of convicted criminals has unveiled a cuddly life-size mascot that bosses hope will help change the jail's forbidding image.

Officials say Asahikawa Prison in Japan's far north is too often thought of only as a dark place with imposing grey walls and not as a place of rehabilitation.

They hope "Katakkuri-chan", a nearly two-meter (6ft 6ins) humanoid with a huge square face and an enormous purple flower for hair, will make people understand the true nature of the institution.

"Prisons have the image of being isolated places that have no contact with the rest of society and are surrounded by imposing grey walls," said a public relations official at Asahikawa.

"We made the character to change the image into that of a facility open to society and supported by society.

"Of course, prisons are for people who have committed crimes and people tend to consider them unwelcome in their neighborhood.

"But society has to play its part in supporting the rehabilitation of people who have served their time."

Katakkuri-chan, which has a male and a female incarnation and wears the uniform of a prison warden, made its debut at a weekend fair at Asahikawa prison, located some 900 kilometers (560 miles) north of Tokyo.

The annual event drew nearly 1,700 people on Sunday, up from 1,200 last year, partly thanks to the character, which greeted visitors and played with children, prison officials told Agence France Presse on Monday.

Visitors were also able to buy handicrafts made by inmates, ranging from barbecue parts to TV stands and aprons.

The mascot's oversized hair is inspired by the dogtooth violet -- katakuri -- which blooms on a mountain near the prison as soon as winter snows melt.

The Asahikawa prison is the only Japanese prison with a life-size mascot, the official there said, although at least one other jail has a two-dimensional character.

Cutesy life-size mascots, known as "yurukyara" in Japanese ("laid-back characters"), are everywhere in Japan, and are often used to represent regions or towns and to promote locally famous foods, animals and industries.

Tokyo Metropolitan Police has had its own crime-fighting mascot since the 1980s, who is now well-loved across the nation.

Human rights campaigners say Japan's prison system is anything but cuddly, and point to often harsh conditions for inmates, including extended use of solitary confinement and spartan cells.