Grenade Blast Kills One in Rwanda's Kigali ahead of Polls 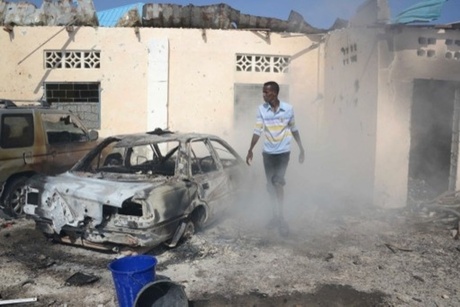 A grenade attack at a Kigali market claimed a second victim Saturday as Rwanda prepared for legislative polls predicted to bolster the ruling party of President Paul Kagame.

Two grenades were used in an attack at a market on Friday that had killed one person and left 14 wounded. One of the devices had failed to explode and remained undetected.

"One was caught in the roof of the market but people didn't identify it," police spokesman Damas Gatare said. "That second grenade is the one that (went) off a few hours ago... It is the same attack."

The second explosion killed one more person and wounded another eight.

There was no immediate claim of responsibility for the attack, which was similar to blasts that rocked the capital earlier this year as well as before the latest presidential election in 2010.

"I don't think it is going to impact on the election... everything is in control," the spokesman said.

In stark contrast to election campaigns in many other African nations, the race for 80 seats by 410 candidates has so far generated little if any excitement in the capital Kigali.

Only a few posters -- mainly for the ruling Rwandan Patriotic Front (RPF) of Paul Kagame, who has held power with an iron fist since 1994 -- suggest the vote is coming.

Experts say there will be little if any real political challenge to Kagame's ruling RPF, which heads a coalition of smaller parties.

Some six million people are eligible to vote, with direct voting Monday for 53 seats, followed by a further 24 seats reserved for women to be chosen Tuesday by women's groups and local councils, and then on Wednesday, representatives of the youth and the disabled will be named.

The last elections in 2008 brought in the only parliament in the world where women held a majority, with 56.3 percent of seats.

Rwanda has undergone a dramatic transformation in the past two decades, with powerful economic growth and the strangling of corruption credited to the strong rule of Kagame.