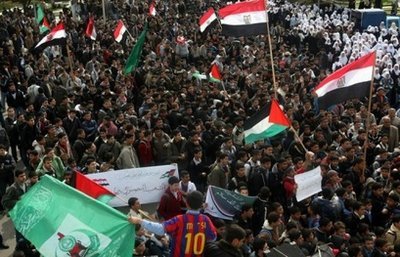 Continued control of the Gaza Strip by Islamist movement Hamas is in Israel's security interests, the Israeli army's top commander for the region said on Tuesday.

It was the first time a senior commander had publicly stated an Israeli interest in continued control of the territory by a group with which it fought a deadly eight-day conflict just last November.

Southern Command chief Major General Sami Turgeman told Channel Two television that only Hamas had the power to enforce broad respect for the truce that ended that conflict and limit rocket fire into Israel from the territory.

"What we want is calm and security in the Gaza Strip," Turgeman said.

"Hamas, currently the sovereign power in the territory, has the means and the know-how.

"I see no alternative to control being exercised by Hamas."

The main Palestinian factions all signed up to the truce that ended last year's fighting. There has been sporadic rocket fire by fringe militant groups but Hamas has stopped most of it.

The general's comments came as Hamas faces mounting economic pressure as a result of an Egyptian crackdown on smuggling through tunnels under the border.

Israel media say senior officials are increasingly concerned that the movement's power could collapse, prompting it to resume the armed struggle or lose ground to more radical Islamist groups.

Same as HA control of lebanon and the south is good for Israel's security.