Norway Rules Out Destroying Syrian Chemical Arms on its Soil 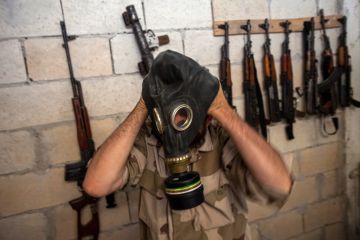 Norway said Friday it would not be able to accommodate a request from the United States to help destroy Syria's chemical arsenal on its soil, saying the schedule was too tight.

"With the understanding of the United States we have concluded that... it's no longer appropriate to consider Norway as a site for the destruction (of the weapons)," Foreign Minister Boerge Brende said.

He said the decision was made based on the obligations laid out in the U.N. resolution foreseeing the destruction of the weapons.

They should be destroyed in Uncle Sam's land.

It's Uncle Sam who wanted Syria to be destroyed. Well on second thought the weapons should be destroyed in Great Britain from where they came from the first place.

I am against weapons. The only weapon should be the word of Truth.

I am with removing all chemical, biological and nuclear weapons from all countries including Israel and USA.

And you are for sure not fake, ice-brained man.

M14 followers are so small brained and filled with hatred & incites from watching Future TV. They can't reason nor have any analogical capabilities.