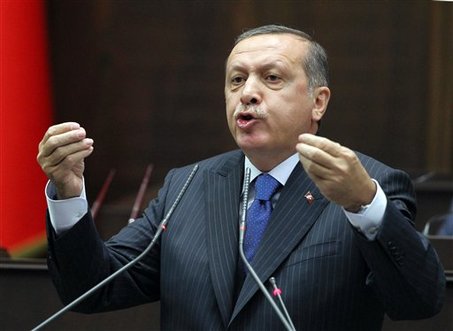 Serbia accused Recep Tayyip Erdogan on Friday of meddling in the country's affairs after the Turkish Prime Minister said that "Kosovo is Turkey" during a recent visit to the former Serbian province.

Kosovo broke away from Serbia in 2008 but Belgrade still refuses to recognize its independence.

"The declarations of the Turkish Prime Minister... represent a severe violation of international law and interference in Serbia's internal affairs," a Serbian government statement said.

Erdogan's comments "harm relations between Belgrade and Ankara and disturb efforts deployed by Serbia to normalize the situation in the region, notably in Kosovo," it added.

Erdogan told a cheering crowd on Wednesday that "Kosovo is Turkey and Turkey is Kosovo," emphasizing the two nations' shared history and culture.

He was accompanied by his counterparts in Kosovo and Albania, Hashim Thaci and Edi Rama, respectively.

Turkey was among the first countries to recognize Kosovo's independence.

Serbia and Kosovo signed an EU-brokered deal aimed at normalizing their ties in April, required for any future membership of the EU.

On Tuesday, the EU agreed to restart membership talks with Turkey next month, ending a three-year freeze despite Ankara's violent crackdown on anti-government protests that began in June.