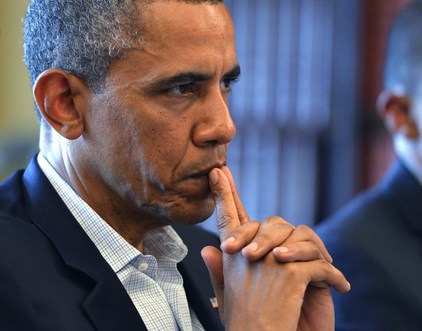 Several Democrats defected Friday to vote for legislation that would gut significant portions of the new U.S. health care law, the strongest sign yet of party anger over "Obamacare."

Even if the Democrat-run Senate took up the House measure, the White House has already said President Barack Obama would veto it if it reaches his desk.

But the broad bipartisan vote, even if just a political messaging bill, marked a blow to a president under heavy fire for his largely discredited pledge that all Americans who liked their health plans could keep them.

Added to that is the flawed rollout of the HealthCare.gov website through which millions of Americans are expected to sign up for insurance.

"Today, the House made a big, bipartisan statement about the need to make things right," Speaker John Boehner said in a statement.

"The Keep Your Health Plan Act represents an important step toward providing relief to those who have lost their plans and face much higher premiums, but the real solution is to scrap the president's fundamentally-flawed health care law" altogether, he added.

The controversial measure, which passed 261-157, addresses what has emerged as a major sticking point in the law known as "Obamacare" -- millions being notified that the insurance plans they purchased on the open individual market are being cancelled, apparently because the coverage is sub-standard.

The bill is different from the "fix" proposed by Obama Thursday, which would allow insurers to keep offering such coverage only to those consumers who already are enrolled in the insurance in question.

New consumers would be required to obtain insurance that meets the law's standards. The House measure, however, opens the sub-standard plans to anyone.

Democrat Nick Rahall broke ranks and voted for the bill, saying Americans were disgusted with the "very bad, rotten" rollout of Obamacare.

House and Senate Democrats are offering several fixes of their own, suggesting the unity among Obama and members of his party has begun to fray.

But Rahall downplayed any tension between Obama and congressional members of his party.

"I don't think he should see it as a growing rift between the two but rather as a need to call everybody together to fix the problem," Rahall told reporters.

Senator Mary Landrieu, also a Democrat, is proposing a "permanent" solution that allows consumers with sub-standard plans to keep them for as long as they wish.

But she envisioned that under her bill, those Americans would gradually shift to the more comprehensive plans, whereas the House bill introduced by Republican Fred Upton would essentially kill Obamacare.

House Democratic leader Nancy Pelosi said Upton's bill was a "Trojan horse" that would "essentially pull the plug on the Affordable Care Act."