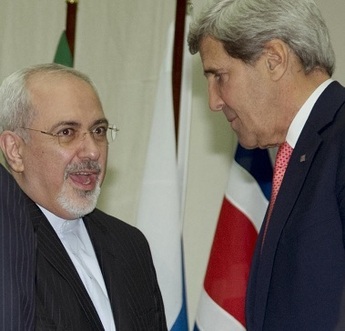 Iran agreed with the U.S. and five other world powers to a temporary freeze of its nuclear program for six months in exchange for limited and gradual sanctions relief.

Iran is a chief backer of President Bashar Assad's government.

Activists fear the deal will take international pressure off of Iran and embolden Syria's government to use an even harder hand to quash the 3-year-old uprising.

The Sunday report from SANA, a mouthpiece for the views of Assad's government, quoted an unnamed Foreign Ministry official.