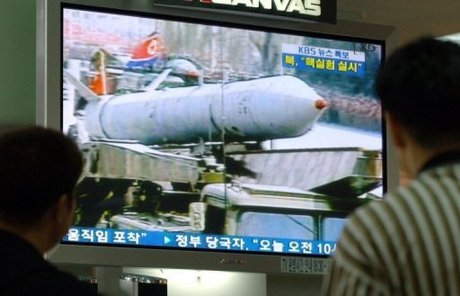 A senior North Korean diplomat left Tuesday for rare talks in the United States, a media report said, amid efforts to restart stalled negotiations on scrapping the North's nuclear programs.

Kim, a veteran former nuclear negotiator making his first U.S. visit since March 2007, is reportedly scheduled to meet Stephen Bosworth, the top U.S. envoy on North Korea, and other officials.

U.S. Secretary of State Hillary Clinton announced the visit Sunday, two days after the nuclear envoys of South and North Korea held a surprise meeting on the sidelines of an Asian security conference in Bali.

North Korea in April 2009 announced it was quitting the forum in anger at U.N. condemnation of its long-range missile launch that month. It staged a second nuclear test in May 2009.

Efforts to restart the talks, which also include China, the United States, Japan and Russia, have been hindered by two deadly border incidents last year which Seoul blames on its neighbor.

The North's disclosure last November of a uranium enrichment plant, which could give it a second way to make atomic weapons, are another complicating factor.

Clinton said Sunday the two sides would have an "exploratory meeting to determine if North Korea is prepared to affirm its obligations under international and six-party talk commitments, as well as take concrete and irreversible steps toward denuclearization".

She said the United States was not prepared to offer any new concessions just to restart the negotiations, which began in 2003.