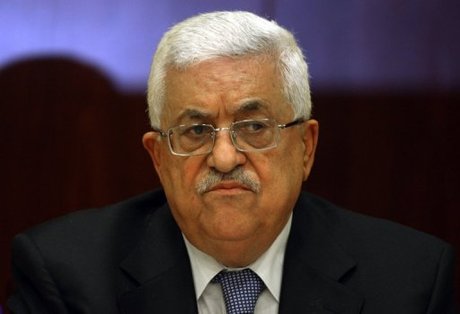 The Palestinians will in September approach the U.N. Security Council to seek full membership in the global body, Palestinian president Mahmud Abbas said on Wednesday.

"We are going to the Security Council through a request to the secretary general of the United Nations to seek full membership in the U.N. and recognition of Palestine on the 1967 borders," he said.

Abbas made the remarks in an address to the PLO Central Council, which is meeting in Ramallah to endorse the United Nations membership bid.

He told the council that 122 nations had already recognized a Palestinian state on the lines that existed before the 1967 Six Day War, which would include the West Bank, Gaza Strip and east Jerusalem.

Abbas insisted that seeking U.N. membership did not contradict a commitment to negotiations, adding that the international community, including the Middle East Quartet of peacemakers, had proved incapable of pressuring Israel to halt settlement construction and accept the 1967 lines as a basis for peace talks.

"The choice of peace is our choice," he said. "Our first, second and third choice is peaceful negotiations.

"But after the failure of the Quartet to lay out foundations for the negotiations, which are a halt to settlement building and using the 1967 borders as a basis for the Palestinian state, it is now too late for negotiations," he said.

The meeting of the PLO Central Council comes five days after Abbas convened a gathering of Palestinian diplomats in Istanbul to finalize the strategy for the membership bid.

The Central Council is the PLO's most important decision-making body in the absence of the Palestinian National Council, the parliament-in-exile which rarely meets.

Palestinian officials say they are not planning on unilaterally proclaiming a state as they did in Algiers in 1988, nor will they seek recognition from the U.N. as a whole.

Instead, they will continue to work for endorsement on a state-by-state basis, while applying for membership in the global body.

Approaching the Security Council would be the only way for the Palestinians to gain full membership in the U.N.

Officials in Ramallah have indicated that they might also consider seeking General Assembly backing for an upgrade from their current observer status to that of a non-member state.

Such an upgrade would allow the Palestinians to join all the UN agencies, such as the World Health Organization (WHO), the child welfare agency UNICEF and the world heritage body, UNESCO.

It could also provide an alternative for the Palestinians if the United States vetoes its bid for membership in the Security Council, as Washington has already threatened to do.