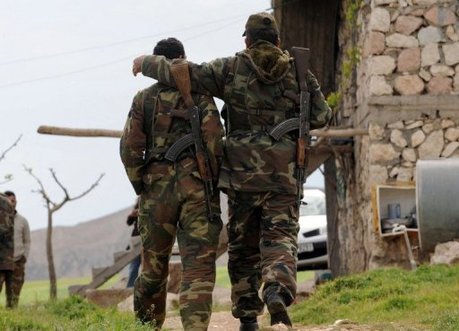 Kurdish separatist rebels killed one soldier when they opened fire overnight from Friday to Saturday on a military unit patrolling on a road near the village of Beyyurdu in the country's southeast, near the border with Iran and Iraq, Anatolia said.

The second soldier was killed in the Gellezif area of southern Kahramanmaras province in an armed attack against a military police traffic unit on Saturday, Anatolia said.

Two soldiers were also wounded after a clash erupted between the assailants and security forces, Anatolia reported, without specifying who the attackers were.

Clashes between security forces and militants of the Kurdistan Workers' Party (PKK) have surged since June 12 elections.

On June 16, 13 soldiers were killed in a clash with PKK rebels in Diyarbakir province, the worst loss of life for the army since October 2008.

The PKK, listed as a terrorist group by Turkey and much of the international community, took up arms in 1984, sparking a conflict that has claimed some 45,000 lives.