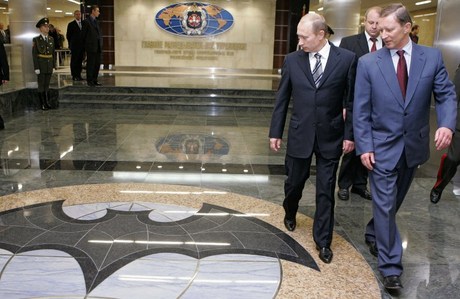 Lithuania on Monday alleged that a Russian spy worked undercover at Moscow's embassy in Vilnius, offering bribes for information on EU ties with former Soviet states.

He is alleged to have tried to recruit an unnamed Lithuanian official and offered bribes for information on Lithuania's European Union presidency in the last half of 2013.

"Katula attempted to recruit a Lithuanian civil servant to provide classified and other sensitive information about Lithuania's presidency of the European Union," the Lithuanian State Security Department said in a report released Monday.

"There were promises of money in exchange for information."

It added that it had taken "measures" against Katula to "prevent further intelligence activities", without elaborating.

The report alleged that Katula sought information on foreign officials' visits to Lithuania, as well as on the possibility of signing EU association agreements with Eastern Partnership countries -- ex-Soviet states including Ukraine.

Lithuania played a key role in efforts to seal such an association deal with Ukraine during its stint as EU chair last year.

Ukraine's then pro-Russia president Viktor Yanukovych ditched the deal at the Vilnius summit in November, sparking the protests that led to his ouster in February.

Lithuanian Foreign Minister Linas Linkevicius said on Monday he was aware of the state security department's report but was not expelling Katula from the country for now.

"The fact that it has been made public is a sufficient measure at this moment," he told Agence France Presse.