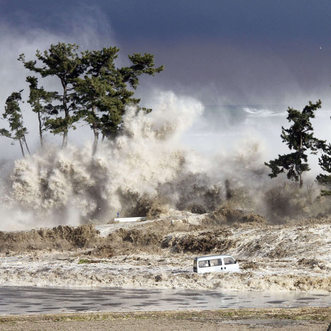 Lebanon will take part on Wednesday in a scientific research that will enable scientists to trigger an early tsunami alert before it occurs.

“Lebanon will participate in a new scientific research that includes several countries in the region in an attempt to issue an early tsunami alert,” chairman of the National Research Council Moein Hamza told Voice of Lebanon radio on Wednesday.

He said that Lebanon will become part of a network with headquarters in Istanbul, and covers Turkey, Syria, Lebanon, the Palestinian Territories and a large part of Cyprus.

The chairman noted “signals will be sent (to Lebanon), and we will see our ability to receive them, because an early alert may not give a warning more than half an hour or an hour before the tsunami strikes.

Hamza said when the geophysics center in the National Research Council receives the information, it will have the ability to send a message to all the rescue teams, municipalities and concerned ministries to protect people and send them to higher grounds away from the beach and the coastal areas.

“This research is preliminary and part of the equipment associated with it is in Lebanon, but it needs to be activated especially with the Telecom Ministry,” he stressed.

Hamza told the radio station that the Telecom Ministry would play an important role so that the information is transformed swiftly to the citizens.

He unveiled that Lebanon will install equipment that monitor waves altitude starting October in some coastal areas.

“The equipment will be connected to similar devices in other countries,” Hamza remarked.