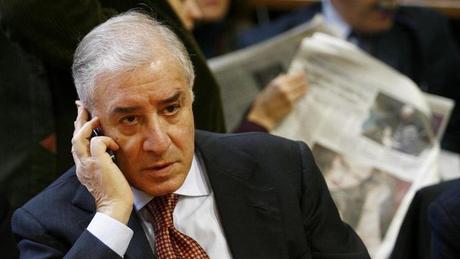 "Senator Marcello Dell'Utri was handed over to an Italian security delegation and left the country on board an Alitalia aircraft at 4:00 am (0100 GMT) following a presidential decree," the source told Agence France Presse.

An official source confirmed former President Michel Suleiman had signed an extradition agreement with Italy hours before he left office at the end of his presidential mandate on May 25.

Dell'Utri was arrested in Beirut in mid-April on an Interpol warrant.

Italy's top court in May upheld a seven-year sentence against Dell'Utri, who was convicted of serving as a mediator between Berlusconi and the Sicilian mafia.