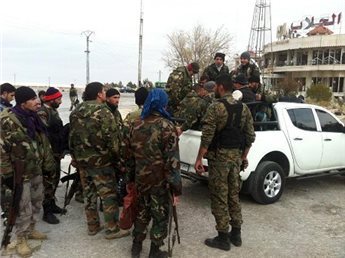 Three booby-trapped cars were discovered in Syria's Qalamoun plains on the border with Lebanon, among them two with Lebanese license plates, Syria's state TV announced on Monday afternoon.

The cars were found in Qalamoun's Wadi al-Hossayn region, the TV network noted.

The Syrian town is a strategic because of its proximity to the highway and the Lebanese border, across which the mostly Sunni rebels have smuggled fighters and weapons.

But the Syrian regime's forces have recently regained control over the region, and have since been battling jihadist fighters there.

The ongoing Syrian war has heavily spilled over Lebanon, and Hizbullah's involvement in the fighting has prompted bomb attacks by extremist groups against areas in Lebanon sympathetic to the group, killing mostly civilians.

On Wednesday, a Saudi suicide-bomber blew himself up at the Duroy Hotel in the Beirut neighborhood of Raouche when he detonated his explosives during a security raid. His accomplice, also a Saudi citizen, survived the blast and is being questioned at hospital.

And last Monday, a suicide blast at the entrance of Beirut's southern suburbs, Hizbullah's main bastion, killed a security officer and wounded 20 others.

Of course you will find .. This is the price we are paying for hezbullah,s involvement .
If we don't close the borders and send the refugees into their borders , we would always have these