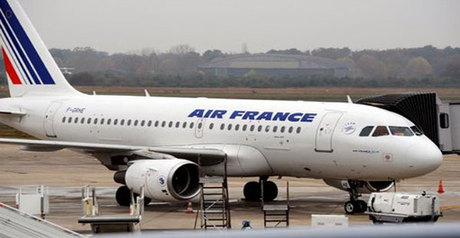 France has joined other nations in bolstering security at its airports in line with a U.S. request to enhance screening for direct U.S. flights, aviation officials said Friday.

The new measures "will be carried out in a way to limit as much as possible inconvenience to passengers, however delays are possible," the DGAC civil aviation authority said in a statement.

A DGAC spokesman told Agence France Presse that "we cannot divulge the added measures" that are being taken.

Officials recommended passengers catching flights to the United States get to the airport early to undergo the additional screening.

The added security will notably be felt at the Charles de Gaulle and Orly airports outside Paris, but also in Nice and Marseille in the south of France.

Charles de Gaulle is one of the world's busiest international hubs, with peak activity now, over the European summer vacation period. Every day, 47 U.S.-bound flights leave the airport, according to the ADP agency managing it.

Airports in far-flung French territories such as Tahiti, Martinique and Guadeloupe will also be affected by the new security measures.

Britain and Belgium on Thursday announced more rigorous screening at their airports. Passengers going through London's Heathrow airport reported enhanced screening of footwear and electronic items they were carrying into the cabin.

U.S. authorities have not publicly given a reason for their alarm, but it comes amid fears that hundreds of Islamist radicals traveling from Europe to fight in the Middle East could pose a security risk on their return.

There are also concerns that the extremist group al-Qaida in the Arabian Peninsula (AQAP) has developed hard-to-detect bombs designed to get past previous airport screening techniques.

The West is finally waking up and realizing that backing the FSA-Al Qaeda jihadist cannibal terrorists wasn't a good idea after all. Now their "nationals" (lol) are returning after committing atrocities against Syrian civilians (and eating their organs) and will pose a severe national security threat. Any GCC nationals and Al Qaeda sympathizers should be heavily screened and kept under surveillance.

The monster they created, and still finance!

@donkeygardner. Just the opposite is happening, they are getting closer to Iran since they are seeing the true terrorists.

what can you say? the wahabi monsters of al sauds closet are everywhere now. the world must take preemptive measures to prevent terrorist attacks from these man eating, head chopping, cannibals.