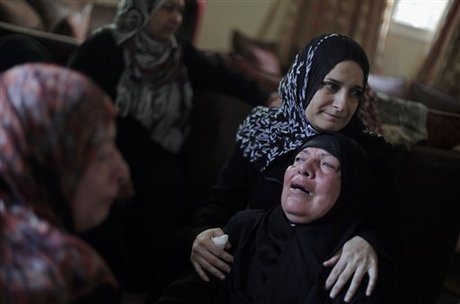 Speaker Nabih Berri stated on Saturday that the resistance is the only response to Israeli atrocities, noting that the “national Palestinian unity will remain the strongest and the lasting weapon” in the face of violence.

"The only response to the massacre and to the violence is the resistance which is the people's sole weapon to deter atrocities,” Berri said on the eve of the July 2006 war with Israel.

The Speaker considered that Israel has turned Gaza into a space where it parades it aerial, naval and ground weaponry against the people of the Strip and their possessions, "without excluding hospitals, places of worship and civilian targets."

He continued: “And this July the Palestinian resistance is repeating the Lebanese resistance's lesson in defying the Zionist violence... The resistance is the result of occupation, violence, and of continuous (Israeli) threats of resorting to force.”

He then announced that he's fully aligned with the Palestinian people in the face of Israeli crimes.

"We call on all Arab nations and people to realize that the central cause was and will remain Palestine,” he stressed.

Berri also noted that the current events must strengthen the unity of the Palestinian people as it is “the strongest and the lasting weapon until they achieve their national goals.”

"We condemn and deplore the massacres committed against Palestinians in the Gaza Strip and we lament the death of many victims,” Suleiman said in a telephone call with Palestinian President Mahmoud Abbas.

He assured Lebanon's solidarity with the Palestinian people against the “barbaric and unjustified Israeli assault.”

The former President also called for Arab's Leagues solidarity with and support for Palestinians in another telephone call with League chief Nabil al-Arabi.

He reiterated Lebanon's endorsement of the Arab peace initiative and called for implementing it and achieving an immediate ceasefire in Gaza.

Although i'm not in M8 camp at all and call them political foes, but thinking about the difference in weapon technology and political alliances, Nabih Berri is right. All the palestinians can do is to resist. It's either that or Kneel Butt Naked. And i don't believe Israel wants peace as it's bringing money from all over the world to Israeli Political pockets....

Bravo ex-President Suleiman for taking a courageous stand with your statement against Israel. Have we heard on htis subject from any of those warlords who are trying to become President?