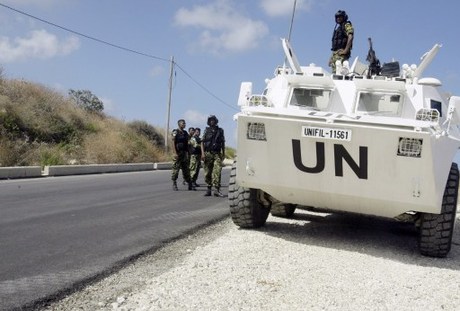 An Israeli surveillance drone flew over the southern city of Tyre on Wednesday evening after several rockets were launched for the past four consecutive nights towards Israel from a region in the port city.

The state-run National News Agency reported that an “Israeli surveillance drone flew as of 8:50 pm in the southern region's airspace above Tyre.”

The drone flew over the region extending from “al-Naqoura towards al-Rashidiyeh refugee camp and several towns which witnessed a tensed security situation in the past days.”

These security developments in the South come as an Israeli assault on the Gaza Strip has entered its ninth day, killing at least 194 people and wounding over 1,500 others.

Why isn't the Hizb retaliating? Forgot, he is too busy killing Syrians.