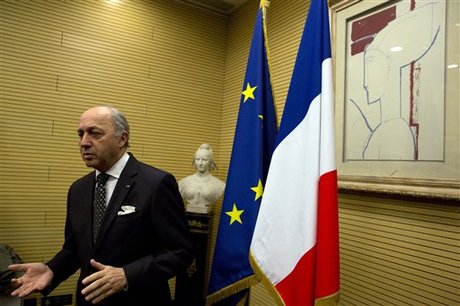 France said Wednesday the European Union could set up observer missions at border crossings between the Gaza Strip and Israel to try to encourage a lasting truce between the two sides.

The proposal by Foreign Minister Laurent Fabius came as an Israeli air campaign on Gaza that has killed 208 people entered its ninth day after a failed ceasefire effort.

"Europe... is ready to do things, particularly through what we call EUBAM, which are forces that could monitor movements between Gaza and Israel," he told French radio.

The EU had implemented a similar operation in 2005 at the Rafah crossing point between Gaza and Egypt.

In cooperation with Palestinian and Israeli officials, the mission of 70 European police officers monitored movements of people, goods and vehicles at the Rafah crossing, Gaza's only window to the outside world that bypasses Israel.

But it was suspended in June 2007 after Hamas seized power in the Gaza Strip.

"Arab countries have said they support this, and we would also need the agreement of the five permanent members of the (U.N.) Security Council," Fabius said.

The issue could be discussed this week in Brussels.

So far, the Israeli air campaign has killed 207 Palestinians, while Gaza militant groups have fired a barrage of more than 1,200 rockets at Israel, which on Tuesday claimed its first Israeli life.