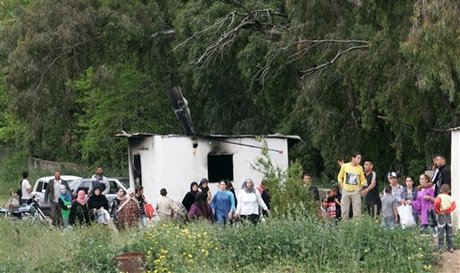 Syrian refugees fleeing the unrest in their country to Lebanese border towns since the uprising in Syria against President Bashar Assad regime reached 2600, the Central news agency reported on Saturday.

“The numbers of refugees reached 2600, distributed in areas near the border especially in Wadi Khaled,” Security forces told the news agency.

The source stressed that the refugees will return to their country once security and calm return to their towns that were hit by a brutal crackdown by the Syrian security forces on anti-regime protesters.

They noted that the Lebanese security forces enhanced security over the border crossings to control the border and stop any illegal immigration and terrorism, in addition to halting any attempt to smuggle weapons from Lebanon to Syria.

The sources urged officials to reinforce the security forces on border with the necessary technical devices, expertise and training from foreign countries especially the European countries so that Lebanon becomes capable of controlling the border and improving the situation of all the crossings.

The United Nations estimates more than 2,200 civilians have been killed since mid-March.

Welcome to our prairies, Al Qaeda.

Lebanon is required to allow aid to these people and for the UN and Red Cross to visit them. i am sure they have stories to tell of the ASSad killing machine.