Franjieh Urges Unity in Face of Terrorism: Army-People-Resistance Equation Has Imposed Itself 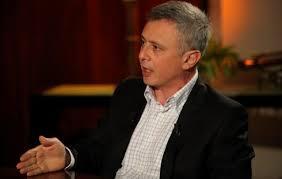 Marada Movement leader Suleiman Franjieh on Saturday called for unity in Lebanon “to confront terrorism,” reiterating that the army-people-resistance equation is necessary in the confrontation.

"Our political choices turned out to be correct again and now it is time to face dangers and terrorism. We all agree that this is terrorism,” Franjieh said in an interview on al-Manar television.

If we want to classify and underrate terrorism's existence, then this is a problem and those not convinced are harming their sect before harming others, he added.

Hizbullah chief Sayyed Hassan Nasrallah warned on Friday of a “real existential danger” threatening Lebanon and the region, calling for putting all differences aside to face the threat of the Islamic State of Iraq and the Levant.

Meanwhile, Lebanese Forces leader Samir Geagea slammed in a televised interview on Wednesday ISIL as a “big lie” and assured that the extremist groups' atrocities in neighboring countries will not be repeated in Lebanon.

Franjieh said that Geagea's comment on ISIL was a result of the “failure of his political choices.”

On the deadly clashes in the northeastern border town of Arsal, the northern leader considered that troops were “under pressure and running out of ammunition” during the battle.

"Those calling for embracing the military institution are not arming it,” he said.

"Then what can we say about the resistance who has been standing against terrorism for two years in (the Syrian town of) al-Qalamun?” he asked.

"The army-people-resistance equation has imposed itself,” the Marada Movement head declared.

Franjieh also tackled the one billion dollar Saudi grant to the army, saying that is is dedicated to buy military equipment.

"But we want to know who is buying and who is selling,” he said.

As for the first Saudi grant to the army, which is worth three billion dollars, he said it was aborted when “U.S. President Barack Obama went to Saudi Arabia.”

In a separate matter, the Christian leader announced his support for Free Patriotic Movement chief MP Michel Aoun in the presidential race “until (the latter) says he is no longer a nominee.”

Franjieh also favored holding parliamentary polls instead of extending the parliament's tenure, but remarked that if the choice was between vacuum and extension, he would support the second option.

And on former Prime Minister Saad Hariri's surprise return to Lebanon, he said: “He's welcome and we call on all expats to return.”

He continued: “His absence led to fragmentation in al-Mustaqbal Movement and many were inclined to support takfiris. If he wants to direct them towards moderation then we support him.”

"Those calling for embracing the military institution are not arming it,” he said.
you mean like you, aoun, and nassrallah?

Army-People-Resistance Equation Has Imposed Itself.... please do tell us what your people in Zugharta are contributing to this equation.

this illiterate should go to school and get an elementary education.

Now that bou saab is distributing certificates may be he can claim to have the baccalaureat. Im not sure its written like this in the north. Sleiman shoud know better

Ya mareed sayyed el murada, the "army-people-resistance equation" didn't "impose itself" on Lebanon; your masters in Damascus and Dahyeh are holding Lebanon hostage to it. To paraphrase FT's quote, "They commit arson upon our house and then come and want to play 'itfa2jiyyè' at our expense".
Why, remind me ya mareed, who was it that was claiming that "nothing is happening in Syria" some three years ago, when the opposition was not yet armed and the peaceful protesters against Baschar's totalitarian regime were being slaughtered en masse anyway? Our memory is not as short as you may wish it is, you scumbag traitor.

Franjieh Urges Unity in Face of Terrorism: Army-People-Resistance Equation Has Imposed Itself .....
If it is so, and in that order (people first, resistance last), how come we see the resistance dictating to both the army and the people? Also are the Shiites resistance or People? They can't be both because the rest of the Lebanese are not allowed to be in the resistance.

Franjieh is a Syrian who has no credibility when talking about Lebanon. He should have stayed in Syria and never come back.

lol, yes reward them by delegating our protection to them and make it official while at it. You are naive to think HA is lebanese and you can 'fix' our differences later. Hey, each to their own.

Why don't we all put our heads together and try to find a constructive solution to our problems instead of acting like children in a playground.