Turkey PM to Embark on Arab Spring Tour Next Week 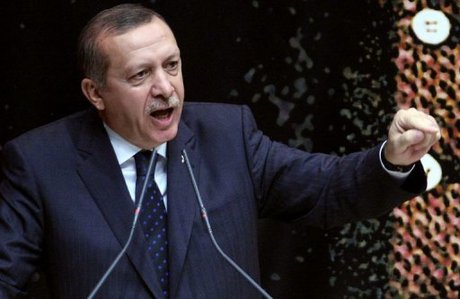 Turkey's Prime Minister Recep Tayyip Erdogan is planning to embark on a tour of Arab Spring countries next week including Egypt, Libya and Tunisia, a government official said.

"The prime minister had already planned a visit to Egypt but negotiations and preparations are under way for this trip to include Tunisia and Libya as well," the official, who spoke on condition of anonymity, told Agence France Presse on Wednesday.

The trip is planned to begin on September 12, he said.

Erdogan is expected to be accompanied by a number of cabinet ministers including Foreign Minister Ahmet Davutoglu and Economy Minister Zafer Caglayan as well as businessmen.

Government officials and cabinet ministers were meeting at the foreign ministry on Wednesday morning to coordinate next week's tour.

On Tuesday, Erdogan said he might pay a visit to Hamas-run Gaza, entering via neighboring Egypt.

"We are talking with the Egyptians on this matter. A trip to Gaza is not finalized yet," he said.

Such a visit to the Palestinian territory alongside the Mediterranean would be bound to infuriate Israel.

Ties between Turkey and the Jewish state hit a low after the latter's refusal to apologize for last year's deadly raid on a Gaza-bound Turkish flotilla, which left nine people dead.

In retaliation, Ankara announced last week that the Israeli ambassador was expelled and all bilateral military agreements were suspended as Erdogan said further sanctions would follow.