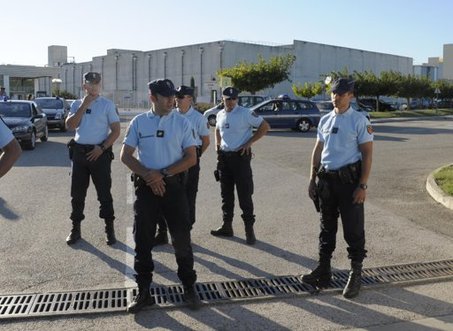 Israel's consulate in the southern French port city of Marseille was temporarily evacuated Tuesday when a bomb disposal squad found a mock device placed in a van parked outside.

Police were alerted after an anonymous caller telephoned in a bomb threat, and found a pressure cooker with protruding wires and marked with a radiation warning sticker in a Renault van parked outside the Israeli mission.

The area was cordoned off and specialist officers investigated, but the wires were found to be attached to a car radio hidden in the pot, and radiation tests proved negative, a police official said.

The alert was called off an hour-and-a-half after it began.

The bomb threat came as world leaders gathered in New York for a meeting of the United Nations General Assembly at which the Palestinian authority will seek recognition as a state despite Israeli opposition.

Yes, you plant a bomb in Ankara and you fake the other in Italy to cover your radical terrorism as inocent