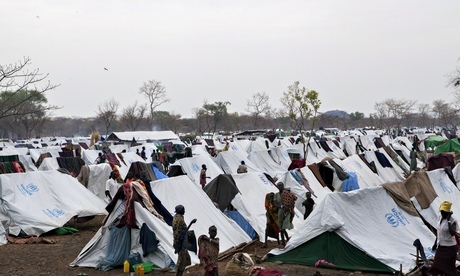 Eritrea said Friday the reason thousands of its youth are fleeing the hardline regime is because the U.N. refugee agency and countries with "sinister" motives are tempting them to leave.

Tens of thousands have now run away from the autocratic Horn of Africa country, escaping open-ended conscription and the iron-grip rule of President Issaias Afeworki, with many continuing northwards to brave the often harrowing journey towards Europe.

Asmara's Ministry of Foreign Affairs said the youth were fleeing the county because of "deliberate policies of certain governments and agencies" who have chosen to "encourage for sinister political purpose the youth to defect from the national military service through various inducements."

Eritreans are second only to Syria as the largest number of asylum seekers in Europe this year, totaling some 37,000 so far in 2014, according to UNHCR, a three-fold rise from 2013. The vast majority are aged between 18 and 24.

But Eritrea said UNHCR was "part of the problem" for automatically granting asylum to those who survived the escape out the country, and dismissed its warnings of rising numbers as "crocodile tears."

It said the reports that over 6,200 had arrived in Ethiopia in the past six weeks were part of a "smear campaign".

Asmara said the labeling of its conscription that stretches for years as "slave or forced labor" was "slanderous". It said the officially 18-month long service is "prolonged only because of Ethiopia's occupation of sovereign Eritrea territories and its continued belligerence in breach of international law."

Eritrea won independence from Ethiopia in 1991 after three decades of war, but returned to battle in 1998-2000. They remain bitter enemies, with their troops still eyeing each other along the fortified frontier.

The two countries remain at odds over the flashpoint town of Badme, awarded to Eritrea by a U.N.-backed boundary commission but still controlled by Ethiopia.

Eritrea, about the size of England, has a population of some five million people.

Sudan hosts over 109,000 Eritrean refugees while Ethiopia hosts over 106,000, with thousands more arriving each month.

In the past Issaias has said those fleeing are only going for "picnic" and would return.