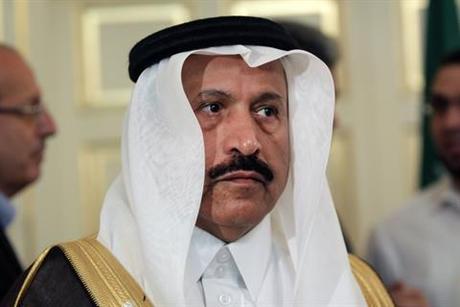 Saudi Ambassador to Lebanon Ali Awadh Asiri noted Wednesday that Riyadh's call for blacklisting Hizbullah as a “terrorist” organization must not have any impact on the domestic Lebanese affairs, voicing support for any dialogue between Hizbullah and al-Mustaqbal movement.

“We back any dialogue that gathers the Lebanese,” Asiri said in an interview with NBN television, revealing that during talks in Ain al-Tineh he sensed insistence by Speaker Nabih Berri to secure the success of dialogue between the two parties.

The ambassador hoped all parties will cooperate with Berri's initiative in order to “reconcile viewpoints and dissipate differences.”

In another interview on MTV, Asiri said the priority of any dialogue must be “ending the presidential vacuum and preserving security.”

“We encourage dialogue and it must involve everyone,” Asiri added.

Asked whether dialogue should include Hizbullah after Riyadh labeled it “terrorist,” the Saudi diplomat said: “The kingdom has a sovereign right to take the decision it wants anywhere in the world, but we support any decision that can strengthen stability in Lebanon.”

“What happens outside Lebanon must not affect the domestic situation,” Asiri added.

He stressed that Christians must have the first say in electing the new president.

Asked about media reports claiming that he had described Free Patriotic Movement leader MP Michel Aoun as the best candidate for the presidency, Asiri described the allegations as baseless.

“I do not nominate anyone for the presidency,” the ambassador underlined.

“I don't have the right to name General Aoun or any other figure as this is exclusively the right of the Lebanese,” he went on to say.

Relations between Saudi Arabia and Hizbullah were strained again last week after Riyadh's envoy to the U.N. Security Council demanded that the party be put on the international list of “terrorist organizations.”

Hizbullah sources condemned the call but described it as a “sonic bubble” that has no value.

and who are assiri or your kingdom to name any Lebanese president
and your last election in the kingdom was held when ?
god bless democracy all over the gulf countries

...be honest with yourself lebjack...you like money not people of the kingdom ...ready to bet you don't know any of them (-:
...sure you are ready to do anything to get part of it (-: