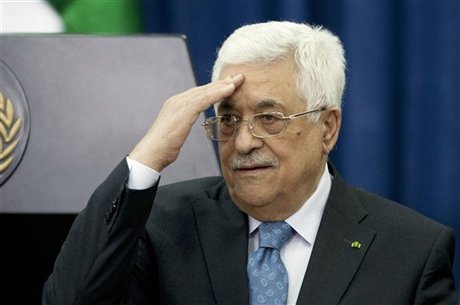 Palestinian President Mahmoud Abbas said he supported Egypt's crackdown on tunnels linking the Hamas-controlled Gaza Strip to the Sinai Peninsula and any other action the country took to protect itself from militants, according to a media report Thursday.

"We have supported all the precautionary measures taken by the Egyptian authorities to close the tunnels and stop the trafficking of arms and the passage of people between Gaza and the Sinai," Abbas said in an interview with Egyptian magazine Al-Ahram Al-Arabi due to be published on Saturday, extracts of which were published by MENA news agency.

"We will continue to support any measure protecting Egypt from danger," Abbas was quoted as saying.

Since the 2013 ouster of Islamist president Mohamed Morsi by the Egyptian army, the country's new authorities have accused Morsi's Muslim Brotherhood of conspiring with Hamas.

The Egyptian military has stepped up the destruction of tunnels from Gaza that it says are used by the Palestinian Islamist movement to smuggle arms, food and money.

The army says it has destroyed more than 1,600 such tunnels since Morsi's ouster.

Egypt has also begun setting up a buffer zone along its border with the Gaza Strip, which will see hundreds of homes demolished, in order to prevent militant infiltration and arms smuggling.

In one such attack in late October, at least 30 soldiers were killed in a suicide bombing in the Sinai Peninsula.

"If it is proved that Hamas members are implicated in terrorist attacks against Egypt, it has the right to go after them and punish them," Abbas said, according to MENA.

Jihadists say they are taking revenge against a police crackdown on Morsi supporters that has left more than 1,400 dead.

Traitor , how long can this unelected ,collaborating puppet continue to sell out the Palestinian People, Arabs are a disgrace to themselves to continue to allow this wretched nothing any semblance of validity. This is why you are weak.