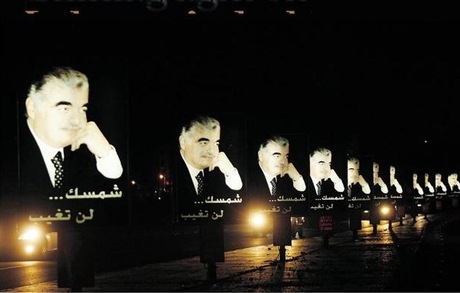 The head of al-Mustaqbal Movement and ex-Prime Minister, Saad Hariri, is expected to deliver a televised speech on February 14 to mark the assassination of his father and former premier Rafik Hariri.

The March 14 alliance is gearing up to mark the 10th assassination anniversary of Hariri at the BIEL exhibition center in downtown Beirut, al-Liwaa newspaper reported on Saturday.

The Special Tribunal for Lebanon is tackling the 2005 assassination of Rafik Hariri and 22 others during a major bombing in Beirut. The tribunal is currently listening to the testimonies of a number of witnesses who were close to Hariri in the months preceding the assassination.

Observers are reportedly anticipating Saad Hariri's speech amid the latest developments and al-Mustaqbal's dialogue with Hizbullah.

Hariri is expected to reveal a roadmap for the current stage.

The talks between Hizbullah and al-Mustaqbal, which kicked off on December 23, aim at maintaining stability in Lebanon.

In their fourth session the two parties stressed their “firm support” for the Lebanese army in its fight against terrorist groups, hailing “the dialogue's positive progress and the impact it has left on the public opinion.”

They also agreed to take “some practical steps that can boost the atmosphere of stability.”