17 Assyrians Flee to Lebanon from Syria as Others Await Entry 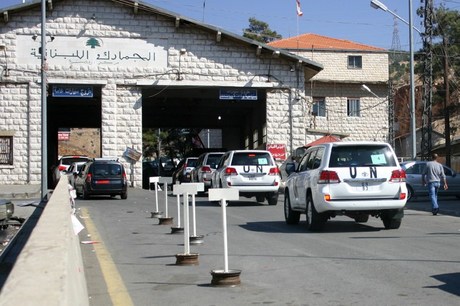 It said that they entered the country through the Masnaa border-crossing on Monday night.

Voice of Lebanon radio (100.5) meanwhile said that 23 Assyrians were still waiting at the border at al-Masnaa for permission to enter Lebanon.

Last week, IS extremists launched a new offensive in Syria and kidnapped 220 Assyrian Christians, raising fears of their persecution in the country.

Before Syria's civil war erupted in 2011, there were 30,000 Assyrians in the country, among an estimated Christian population of about 1.2 million.

IS is accused of multiple abuses against minorities in the areas under its control in Iraq, Syria and elsewhere.

I hope they find safety in Lebanon, but the Assyrians also need to know that there are ISIS-Nusra jihadist terrorist sympathizers there too.

It is crazy that Assyrians are the Middle Easts' original natives and are barbarically being kicked out of their homes by these foreign terrorists. It is grand of Lebanon, my country to host them, and it makes me proud as a Lebanese Muslim.

I thought Hezbollah and Assad loved and protected Christians? Again no better than ISIS, using them like pawns for their own amusement.

Clearly you didn't read a basic sentence fully, grow up and get to your fake accounts like a good little boy ok?