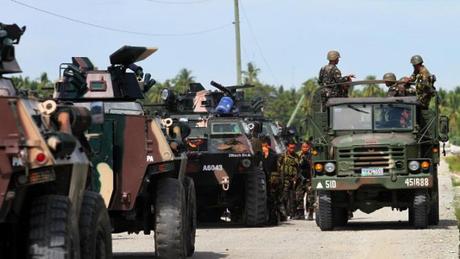 The FBI confirmed Thursday that a senior Malaysian militant believed to have been involved in the 2002 Bali bombings was killed in a January raid in the Philippines that also left 44 police commandos dead.

Zulkifli Abdhir, who was on the bureau's most-wanted list with a $5-million reward on his head, was killed in the January 25 operation that plunged President Benigno Aquino's administration into crisis and jeopardized efforts to end a decades-long Muslim separatist insurgency, the FBI said.

"After a thorough review of forensic data and information obtained from our Philippine law enforcement partners, the FBI has assessed that terrorism subject, Zulkifli Abdhir, also known as "Marwan," is deceased and has been removed from the FBI's list of Most Wanted Terrorists," the FBI Los Angeles office said in a statement.

The national police said the confirmation "validates" their earlier insistence that the botched raid, which caused Aquino's approval rating to tumble to its lowest level since he took office in 2010, was a success despite the huge death toll.

"We have got our man and (the operation) was a success," Philippine national police spokesman Chief Superintendent Generoso Cerbo said in response to the FBI confirmation.

Poor planning and coordination had been blamed for the deaths of the commandos sent to the troubled southern island of Mindanao to get Zulkifli and a senior Filipino militant leader Abdul Basit Usman, who escaped.

While the forces were able to kill Zulkifli during the raid, they were later attacked by Muslim gunmen who killed 44 of them.

"We are glad we can finally erase all doubts about this death. We are now assured that the notorious terrorist has been neutralized," said Philippine military spokesman Brigadier General Joselito Kakilala.

The government had been left red-faced in 2012 after prematurely declaring Zulkifli dead.

The raid also prompted questions about the nature of U.S.-Philippines cooperation on military and anti-terror operations with a Philippine Senate report saying that the U.S. played a "substantial" role in the operation, providing training, equipment and intelligence to the Filipino forces.

However, some questioned whether Washington's influence on the Philippine National Police was too strong and whether the country would have entered into such a risky operation otherwise.

The United States has said that Zulkifli was a top militant in the Southeast Asian militant group Jemaah Islamiyah (JI), which wants to set up an Islamic state across Southeast Asia.

He has been tagged as a suspect in the 2002 bombings that left 202 dead, including 88 Australians, as well as two deadly Philippine blasts.

The military says Zulkifli has hidden among Filipino Muslim extremist groups since 2003, training local militants in the manufacture and use of bombs.

Aquino had previously justified the police operation, saying that Zulkifli and Usman had been selling their bomb-making expertise to other extremists and had to be stopped.

The fallout from the raid has jeopardized a law aimed at ending a decades-long Muslim separatist rebellion, with the Philippine Congress suspending debates on the proposed law in the aftermath of the incident.

Under a peace deal signed with the Moro Islamic Liberation Front, the 10,000-member group pledged to disarm while the Philippine government vowed to pass an autonomy law in Muslim areas of the south.

Last week Aquino warned lawmakers that unless the bill was passed the country would have to start "counting body bags".