All Options including Military Action Open on Iran, Says Israel 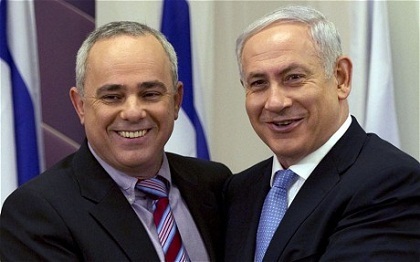 Israeli Intelligence Minister Yuval Steinitz said Thursday that all options including military action were on the table in the face of the threat of a nuclear-armed Iran.

Speaking to public radio as crunch talks on Iran's nuclear program continued in Switzerland, Steinitz said Israel would seek to counter any threat through diplomacy and intelligence but "if we have no choice we have no choice... the military option is on the table."

Asked about possible US objections to Israeli military action, Steinitz pointed to Israel's unilateral attack against the Osirak nuclear reactor in Saddam Hussein's Iraq in 1981.

"This operation was not carried out in agreement with the United States," he said.

Steinitz, a close ally of Prime Minister Benjamin Netanyahu, said the Israeli leader had left no doubt as to the country's response to nuclear-armed Iran.

"The prime minister has said clearly that Israel will not allow Iran to become a nuclear power," Steinitz said.