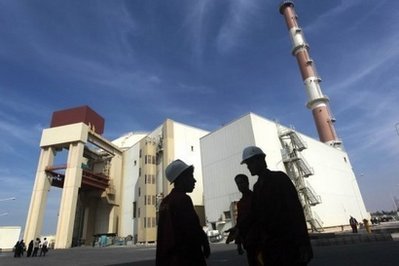 The White House on Friday played down warnings by Iran's leaders that they may not sign a final deal of a framework accord on their nuclear program with international negotiators.

"The test of whether or not that framework can be memorialized in a deal is not going to be a comment made... by a particular Iranian leader," senior White House advisor Ben Rhodes said.

"The test is going to be whether at the end of June we have a document that is agreed to" and meets "our core objective, preventing Iran from getting a nuclear weapon," Rhodes told reporters on the sidelines of the Summit of the Americas in Panama.

Iran's Supreme Leader Ayatollah Ali Khamenei, who has final word on all matters of state, warned on Thursday that "what has been done so far does not guarantee an agreement, nor its contents, nor even that the negotiations will continue."

Separately, President Hassan Rouhani said Iran would not sign a final agreement unless "all economic sanctions are totally lifted on the same day."

Rhodes reiterated that the sanctions relief would be a gradual process. He said Iran had reacted similarly following a joint action plan in 2013.

"We have been through this before, where the Iranians will want to highlight certain aspects for their own public. They have their own hardliners who are skeptical of this deal," he said.

On April 2, after months of grueling negotiations, Tehran and six world powers agreed on the broad outline of a deal to impose tighter controls on Iran's nuclear program in exchange for lifting economic sanctions.

The P5+1 powers and Tehran have given themselves until June to finalize a detailed accord, but Washington has released fact sheets outlining steps it says Tehran has already agreed to take.