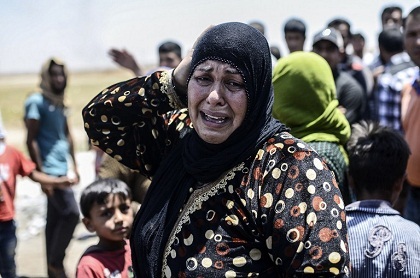 The United States will provide $360 million in "life-saving assistance" to victims of the Syrian civil war, the State Department said Thursday, bringing its total to $4 billion since the fighting began.

The money will partly support various United Nations programs and other non-governmental organizations in Syria, where more than 230,000 people have died since the conflict erupted with anti-government demonstrations in March 2011.

"The new funding will partially respond to the 2015 appeals of $8.4 billion from the United Nations for Syria and the region. Unfortunately, even with the contribution we are announcing today, the U.N. appeal remains severely unfunded," the State Department said in a statement.

"The suffering and the needs of the Syrian people continue to mount to levels once unthinkable. In 2015, humanitarian needs are only likely to grow."

U.S. National Security Advisor Susan Rice made the announcement of the funding -- which will also provide water, food and other life-saving necessities -- at a White House event marking World Refugee Day.