Five Czechs and a Lebanese Feared Kidnapped in West Bekaa 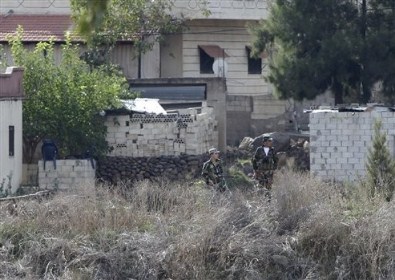 The five, along with their Lebanese driver Munir Taan, a resident of Nabatiyeh, have been missing since Friday night, when their car was discovered in the Kefraya region in the western part of the Bekaa.

"We don't know what happened to them but we assume they were kidnapped because we found their passports and documents and belongings in the car," the source said.

"We are carrying out searches of local hotels and other places in the area."

The Voice of Lebanon radio later said that the father of Taan had filed a complaint to the police station in al-Dweir and claimed that his son has disappeared in mysterious circumstances.

VDL added that the five Czechs have entered Lebanon on the seventh of June.

Later during the day, the army intelligence carried out a wide inspection operation in hotels of the Bekaa and West Bekaa where the driver made some stops.

Czech FM Lubomír Zaorálek confirmed that five of his country's nationals have gone missing in Lebanon.

Kidnappings have declined in Lebanon since the 1975-1990 civil war, when some 100 foreigners, mostly Americans and West Europeans, were snatched.

But some cases have been recorded, often for ransom and involving Lebanese as well as foreigners.

In the most high-profile case in recent years, seven Estonian cyclists were kidnapped at gunpoint in the Bekaa in 2011, being released some four months later.

The group claiming the abduction was previously unknown, and its motives were never entirely clear.

A ransom was reportedly paid, but that was never confirmed by any side.

I cannot imagine how much they hate Lebanon so much, to the point they'll try anything when a good Summer Season is in full progress. Let the state find them and solve the matter now, man saboteurs.

MTI, that is why I am alluding to those who hate this country so much, especially in Summer. Of course, in a failing state, when the authorities delay justice it then only leads to chaos and the distrust of the system. I am more and more inclined to feel that we should partition this country, then let those who wish to live in perpetual terrorism do so, and those who want peace, to live in peace, and let each reap the fruits of his labor.

Time to chose, Hizbolah Iran Assad and The Lunatic or a free modern Life loving Lebanon?

Lawlessness has broken loose... Knife-wielding attackers can kill you for a stupid traffic dispute, neighbors shoot each other (and innocent bystanders get shot), foreigners abducted... Yallaaa!

I don' know about "my" Aoun, check what "your" May Chidiac has to say.