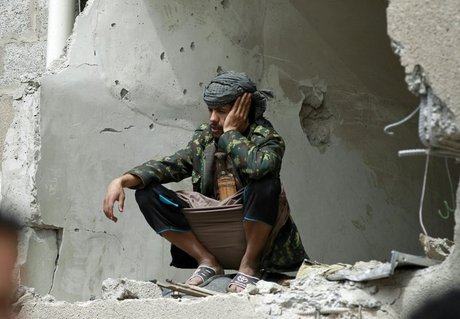 Salman's inaugural visit as king -- originally scheduled for May and cancelled by Riyadh -- has been billed as a way of reinforcing U.S.-Saudi relations.

But behind public statements of partnership, the meeting looks likely to be dominated by disagreements on Syria and Yemen as well as lingering doubts about the nuclear deal with Iran.

Obama has now won enough votes to push the deal through Congress, easing the need for public Saudi endorsement.

But the White House would still like to assuage Saudi concerns that the deal equates to turning a blind eye to Iran's activities.

These meetings normally end in "some kind of public statement that puts as positive a spin as possible on the meeting," said Anthony Cordesman of the Center for Strategic and International Studies.

This meeting "is unlikely to be an exception," he said. "Both nations are close strategic partners in spite of their differences, and both states need each other."

Differences over Iran have exacerbated tensions between the United States and Saudi Arabia over the crises in Syria and Yemen.

In Syria, the White House wants to make sure both countries "have a common view" on which Syrian opposition groups get support, according to senior Obama foreign policy aide Ben Rhodes.

"We are looking to isolate more extremist elements of the opposition, that's been an ongoing conversation with Saudi Arabia," he said.

Both Washington and Riyadh would like to see an end to Syria's brutal civil war and see leader Bashar al-Assad pushed from power.

But Saudi Arabia's backing for opposition groups like Jaysh al-Islam, an amalgam of factions that include hardline Islamists, has concerned the White House.

Riyadh views Sunni fighters as a counterbalance to the Iranian-backed Shia militias helping prop up Assad.

"The Kingdom sees the conflict against the Iranian-supported Assad regime as an extension of the wider Persian-Arab rivalry" said Simon Henderson of the Washington Institute for Near East Policy.

That rivalry is also manifest in Yemen, where Saudi Arabia began bombing soon after Salman and his son and defense minister, Crown Prince Muhammad, came to power.

The United States has supported the effort to oust Iranian-backed rebels, but has repeatedly warned about the impact the fighting has had on civilians.

In July, Obama and Salman discussed the "urgent" need to end fighting "and the importance of ensuring that assistance can reach Yemenis on all sides of the conflict."

A few months on, little seems to have changed.

In late August the White House expressed concern about Saudi-led air strikes on the post city of Hodeida, a "crucial lifeline used to provide medicine, food and fuel to Yemen's population."

"I do think we will see an expression of concern," said Jeff Prescott, the National Security Council's Senior Director for the Middle East.

He stressed the need for ports to reopen and for infrastructure not to be damaged.

"We have been urging all the parties involved, including the Yemen government, coalition members and others to take steps to allow for unfettered humanitarian access to all parts of Yemen," he said.

"There is no military solution to the crisis in Yemen."