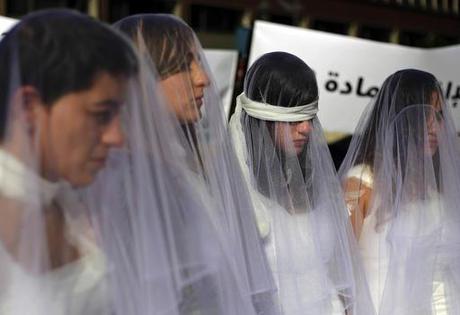 Another Law that should never have been accepted had it not been for Lebanon's religious zealots.

My uneducated ethiopian maid is much more mature and intelligent than you... unless you genuinely are 12.

What a waste of skin you are.

Of course Madmozeel Khabbaz, it's unacceptable by today's standards. We're no longer living in medieval times when people used to get married at 10 and die at an 'old age' of 30.

Rotlfmao, look at him on his free time, totally brainwashed by his ayatolla Nusralla and by mainstream media!

you forgot unlogging from your previous nickname

well go back to terrorist,
but indeed it seems you re terrorised by the truth