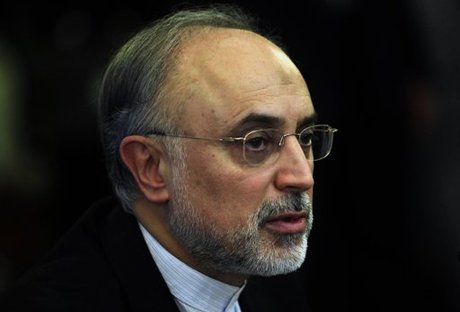 Iran has prepared for "the worst case scenario" to circumvent a toughening of Western sanctions targeting its financial sector and oil industry, its foreign minister, Ali Akbar Salehi, said in an interview published Saturday.

"We are not really worried," Salehi told the official IRNA news agency. "Appropriate responses have been prepared for the worst case scenario, and we have devised a road map" to circumvent new sanctions.

The remarks came after the U.S. Congress approved a tough new proposal to impose an embargo against Iran's oil exports and to cut off its central bank from the world financial system, effectively seeking its collapse.

The European Union is considering similar measures of its own.

Salehi did not elaborate how the "road map" would envisage dealing with strengthened Western economic sanctions in response to Tehran's refusal to curb its controversial nuclear program.

But, he said, Iran has managed to "circumvent" Western and U.N. sanctions since the 1979 Islamic revolution, while acknowledging that "sanctions have their effect.

Iran is subject to four sets of U.N. sanctions designed to force it to give up uranium enrichment, along with additional, unilateral U.S. and EU sanctions.

The West alleges Tehran is seeking to acquire a weapons capability under the guise of its nuclear research program. But Iran denies the accusations, saying its work is purely for civilian purposes.

Iranian officials in recent weeks have repeatedly stated that the country was ready to face new sanctions against its oil sector and its central bank.

"Iran does not fear a European embargo on its oil," said oil minister Rostam Qasemi in Vienna this week, whose country is the second largest oil producer of the OPEC cartel.

Qasemi meanwhile predicted that such a move would destabilize the market and be detrimental to the West.