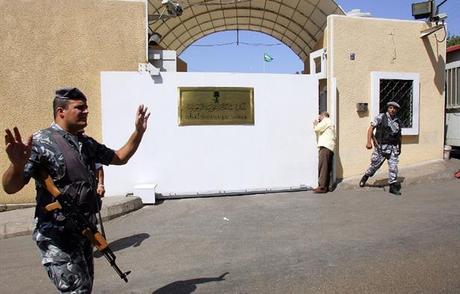 Relations between Saudi Arabia and Lebanon are reportedly “strained” lately as the diplomatic accreditation of ambassadors remains unsettled so far, al-Akhbar daily said on Tuesday.

SA has not yet accredited Lebanon's ambassador to the Kingdom, Fawzi Kabbara, although he was appointed five months earlier by the Lebanese government, said the daily.

It added that the customary three-month deadline for the date of accreditation has expired, and the “Kingdom has not even made a reply on Kabbara's appointment.”

Lebanon, on the other hand, has “agreed to appoint Saudi ambassador for Lebanon, Walid al-Yaaqoub, although the foreign ministry has not yet set a date for him to present his diplomatic credentials,” it added.

In accordance with the Vienna Convention on Diplomatic Relations, ambassadors are not regarded as having officially taken up their duties until the accreditation process is complete.

Accreditation occurs when a new ambassador presents diplomatic credentials, to the host country's head of state.

SA-Lebanon relations have reportedly been “strained” after Prime Minister Saad Hariri announced his resignation in November—which he eventually rescinded-- from Riyadh, in a move that was highly blamed on SA.