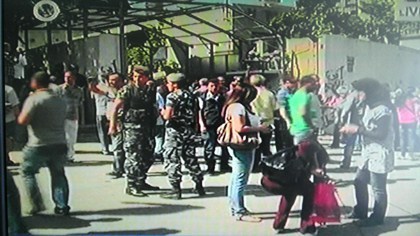 The campaigners complained that they have not received their salaries for the last three months now, criticizing what they said was “negligence of related authorities.”

Head of EDL contract workers committee, Lebnan Makhoul accused authorities of neglecting their cause saying they “have been given nothing but failed promises for the last five years.”

For his part, Head of Lebanon's General Labor Union Beshara al-Asmar said: “The protesters are being democratic. They are oppressed and should not be treated with violence,” he said as he urged for a quick solution.

The most overworked employees in Lebanon, these are the hard workers who provide the nation with 24 x 7 Electricity. Still the authorities are doing what they are known for being inefficient. Seem like Karma?