Record Number of Women Register to Run in Parliamentary Elections 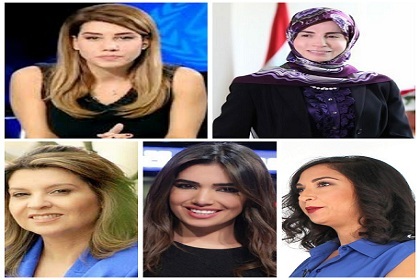 A record number of women are among nearly 1,000 candidates who have registered to stand in Lebanon's first legislative elections in nine years.

A total of 976 people announced their candidacies for 128 parliamentary seats before registration for the May 6 poll closed late Tuesday, the state-run National News Agency said.

They include 111 women, the NNA reported, citing the interior ministry which manages elections.

That marks a sharp increase compared with the previous legislative election in 2009 when just 12 women were among 706 candidates who took part.

The May 6 vote will be the first test of Lebanon's new proportional electoral law which was agreed on in 2017 after years of wrangling among Lebanon's various political factions.

It replaces the plurality voting system with proportional representation and reduces the number of electoral districts to 15.

In each district, seats are distributed among the different religious communities living there.

Competition is expected to be fierce in several areas, including one district in Beirut where 117 people are running for 11 seats.

Candidates must run in lists, which are to be finalized and announced by March 26.

Good luck ladies! and hope they are not as corruptible as the men...

Way to go guys, in an article supposedly about female empowerment and accomplishments you come up with this..
"MTV's telegenic news presenter"

It's kind of insulting to reduce mademoiselle Azar to "telegenic". Underlining this as an argument for entering politics is bad!

Cyber Shia Chick, If you put yourself on Amal or Hizbalot list, you’d get elected in no time. Your beauty is exactly what will get you elected, not to mention the black trash bag, it’s the current trend and very desirable. It makes them wonder what’s underneath looool

Did Iran and hezbollah just decide to activate your account?