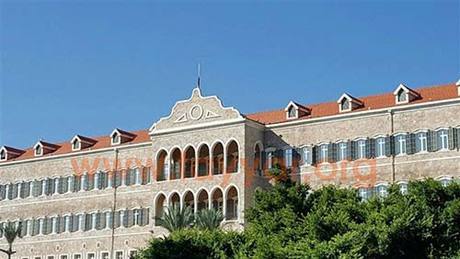 Lebanon’s upcoming new government to be lined up under Prime Minister-designate Saad Hariri “may adopt the format of the previous government's policy statement regarding a clause on Hizbullah’s resistance,” the pan-Arab al-Hayat daily reported on Saturday.

Quoting political sources who spoke on condition of anonymity, they said the government may adhere to the same clauses on Hizbullah’s resistance as the ones mentioned in the policy statement back in 2016.

The statement had stressed Lebanon’s determined will to liberate parts of land occupied by Israel, stressing the Lebanese right to “resist” the Israeli occupation.

“In the conflict with the Israeli enemy, we will spare no effort or resistance in order to liberate the remaining occupied Lebanese territories and protect our homeland from an enemy that continues to covet our land, water and natural resources, based on the responsibility of the state and its role in maintaining the sovereignty of Lebanon, its independence and unity and the safety of its citizens,” the former policy statement had read.

It added that “the government affirms the duty of the State and its efforts to liberate the Shebaa Farms, Kfarshouba hills and the Lebanese part of the Ghajar village by various legitimate means, while reaffirming the right of Lebanese citizens to resist the Israeli occupation.”

According to the sources, the new policy and the statement made by UN Chief Antonio Guterres early this week are subject to “international monitoring,” mainly after the U.S. Secretary of State Mike Pompeo’s remarks.

Pompeo said “his government would review its aid program to Lebanon, including military assistance in light of the election results and Hizbullah’s growing role in Lebanon and Syria.”

On the other hand, in his Monday report Guterres strongly criticized Hizbullah for operating as the most heavily armed militia and a political party in Lebanon and urged the militant group to halt military activities inside and outside the country, including in Syria.

The president and prime minster will 'outsmart' the International community and include a dissociation policy in the statement as 'usual'.

Aha! Ahah Ahaha! So true, Our PM is a Genius and an accomplished business man. His curriculum vitae in his Saudi Arabia businesses prove it. They’re all thriving !

“the government affirms the duty of the State and its efforts to liberate the Shebaa Farms, Kfarshouba hills and the Lebanese part of the Ghajar village by various legitimate means, while reaffirming the right of Lebanese citizens to resist the Israeli occupation.”

That's nothing short of playing on words to legitimize hezbollah's presence whose terrorist leader said only yesterday:

Nassrallah and his terror liberating group know where the Shebaa Farms are, why is he not taking any military action to liberate them.? Instead, he says "I don't want war with Israel".

All this contentiousness would end if you had free and fair elections.

All this contentiousness would end if you had free and fair elections.