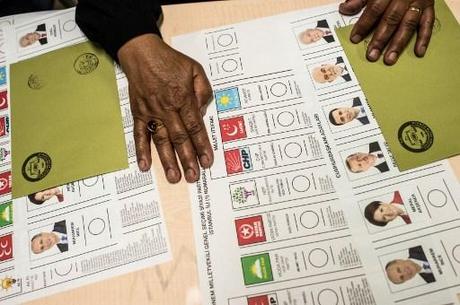 The winner of Sunday's presidential election will be the first Turkish head of state to govern with expanded powers after constitutional changes were approved in April 2017.

The new 18-article constitution comes into force after presidential and parliamentary polls, transforming the parliamentary system into an executive presidency.

The current constitution was adopted in 1982 after the 1980 military coup. But critics say the changes, which were championed by President Recep Tayyip Erdogan, pave the way to one-man rule.

What changes after the implementation of the new presidential system?

Under the new constitution, the president has strengthened executive powers to directly appoint top public officials including ministers.

The president can also assign one or several vice presidents. The office and position of prime minister, currently held by Binali Yildirim, would be scrapped.

The president and parliament will together also be able to choose four members of the Supreme Board of Judges and Prosecutors (HSYK), a key judicial council that appoints and removes personnel in the judiciary.

Parliament can choose seven members on its own in what will be renamed the Board of Judges and Prosecutors (HSK).

Military courts, which have convicted officers and even sentenced former prime minister Adnan Menderes to death following the 1960 coup, will in the future not be allowed.

Under the proposed constitution, a state of emergency will be imposed in the event of an "uprising against the homeland" or "acts of violence which put the nation in... danger of being divided".

The president will decide whether or not to impose a state of emergency and then present it to the parliament.

Initially, the emergency would last six months -- as opposed to three now -- then it can be extended by parliament after a presidential request for four months each time.

Turkey has extended the current state of emergency, imposed after the failed July 15 coup, seven times.

But Erdogan as well as other presidential candidates, including chief rival Muharrem Ince, have promised to lift the state of emergency after the elections if they win.

The number of members of the Turkish parliament rises from 550 to 600. The minimum age for MPs has also been lowered from 25 to 18.

Legislative elections will take place once every five years -- instead of four -- from now on, and on the same day as elections for the president.

The parliament will still have power to enact, modify and remove legislation. If the president were accused or suspected of a crime, then parliament could request an investigation, after obtaining a three-fifths majority of the assembly members.

The president under the new rules will not be able to issue decrees on subjects already clearly regulated by law.

The president, who can now be a member of a political party under the changes, has a five-year term with a maximum of two mandates.

After the changes were approved last year, Erdogan returned to the ruling Justice and Development Party (AKP) he co-founded in 2001 as chairman.

Erdogan, 64, was elected president in August 2014 after over a decade as prime minister, in the first ever direct elections for a Turkish head of state.

But with the clock wound back under the new system, the changes would mean that Erdogan could stay in power for another two terms until 2028.