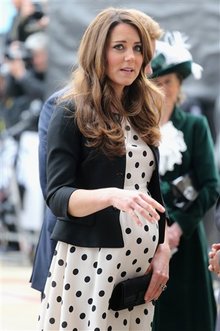 A Canadian woman pregnant with her third child says she was served a cleaning agent at a McDonald's restaurant instead of the latte she ordered.

Sarah Douglas said that she was taking her son to a baseball tournament in the Alberta town of Lethbridge when they stopped at the McDonald's drive-thru for the coffee. When she took a sip she knew something was wrong and pulled over to spit it out.

Douglas says she returned to the restaurant to complain and a staff member told her that two cleaning lines had been hooked up to the latte machine. Douglas then contacted Alberta Health Services.

A spokeswoman for McDonald's issued an apology on behalf of Dan Brown, the restaurant franchisee.